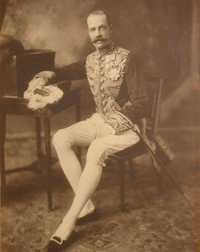 Sir Arthur Lawley was appointed Governor at age 41 on 1 May 1901, and received a knighthood just prior to his appointment.

In 1901 he set sail to Melbourne where he represented Western Australia at the opening of Federal Parliament. The high point of his governorship was the visit of the Duke and Duchess of Cornwall and York to Western Australia in 1901.

After a short tenure, on 13 August 1902 he was promoted by the Colonial Office to the position of Administrator of the Transvaal Provincial Council after the South African War.

Reputedly, Sir Arthur Lawley’s wife, Lady Lawley, a ‘tee-totaller’, agreed to a suggestion that the suburb of Mount Lawley, then undeveloped bushland, be named after Governor Lawley but on the condition that no licensed hotels be built in the suburb.