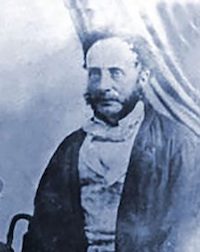 Sir Benjamin Pine has an odd claim to fame. He was the Governor who never took up office.

He was appointed under Letters Patent dated 30 July 1868 and became Western Australia’s eighth Governor despite never arriving, nor taking the Oath of Office.

Governor Pine was a career officer of the Colonial Service. Before his Western Australia appointment, he had already served 27 years in the colonies – successively in West Africa, Natal, and then the West Indies. He earned himself a good reputation in these postings.