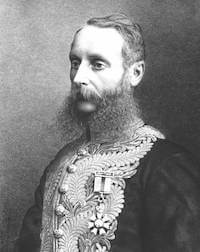 Born on 9 May 1823 in Dorset, England, Weld emigrated from England to New Zealand where he became a pastoralist and explorer.

He was the sixth Premier of New Zealand, and later went on to serve as Governor of Western Australia between 30 September 1869 and 13 January 1875. He also served as Governor of Tasmania and Governor of the Straits Settlements.

Frederick Weld was the Western Australian Colony’s first Catholic Governor. He died in Chideock, Dorset, in 1891 and was survived by six sons and six daughters. After his death, his widow Filumena withdrew to a convent of which their daughter, Edith Mary, was prioress.