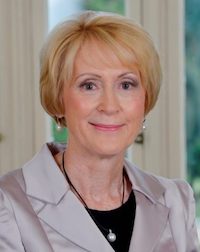 The Honourable Kerry Sanderson AC was installed as the 32nd Governor and the first female governor of Western Australia on 20th October 2014.

After university, Mrs Sanderson went on to hold senior executive roles at the Western Australian Treasury and the Department of Transport.

In 2016, Mrs Sanderson was named a Companion of the Order of Australia in the Queen’s Birthday Honours for eminent service to the people of Western Australia, to the promotion of international investment, scientific research and export opportunities, and through roles with maritime, mining, emergency management and not-for-profit organisations.

Mrs Sanderson retired from the position of Governor on 30 April 2018.